About circus in Flanders

The Flemish circus arts have been on the rise for more than ten years. The big names like Circus Ronaldo, Alexander Vantournhout, Collectif Malunés and d’irque & fien are as successful in France as they are here in Flanders.  This website is dedicated to giving an overview of a sector in full bloom. And beyond the big names, we invite you to discover the artists and companies, perhaps less well known, delivering new circus gems on a regular basis. 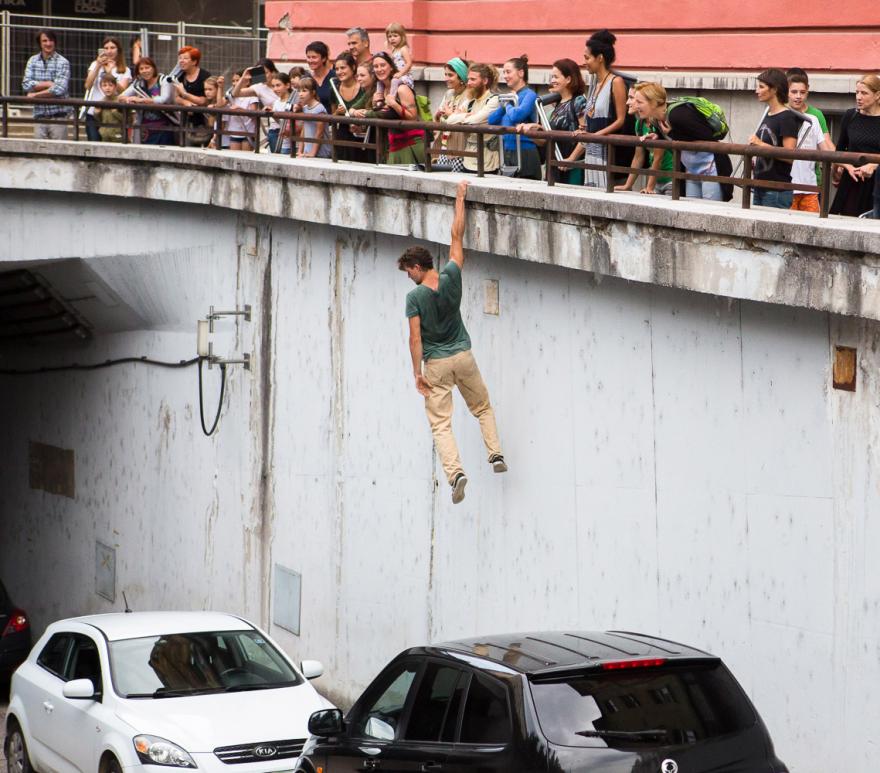 Circus in Flanders hopes to be a dynamic biotope where a diverse collection of people and organisations come together. From experimental companies who consciously push the boundaries of circus, to classic family circuses traveling from city to village on a weekly basis, and everything in between. From local events to leading international festivals.  From teachers who work with a specific target group to renowned artists who belong to the crème de la crème of the performing arts. From pioneering organisations in the vanguard of Flemish circus to the Ministry of Cultural which determines the playing field. The love of circus is what binds them all and insures that the sector maintains its spot on the map.

Circus in Flanders has been building a solid international reputation over the past years, partially thanks to a continual investment in a qualitative infrastructure, providing a diverse palette of artists the chance to grow and present their work. Since 2021 the Flemish circus sector can add another link to that infrastructure: the circus creation centers. There are four that have been officially recognised: Dommelhof (Neerpelt), CIRKLABO (Leuven), Miramiro (Ghent) and PERPLX (Marke/Kortrijk). These are the places where circus artists and companies can find the space to develop, dig deeper and redefine themselves, without the pressure of that research necessarily leading to a finished performance. Together with Circuscentrum these creation centers have taken on a pioneering function, as ideal collaborators for lasting partnerships on an international level. 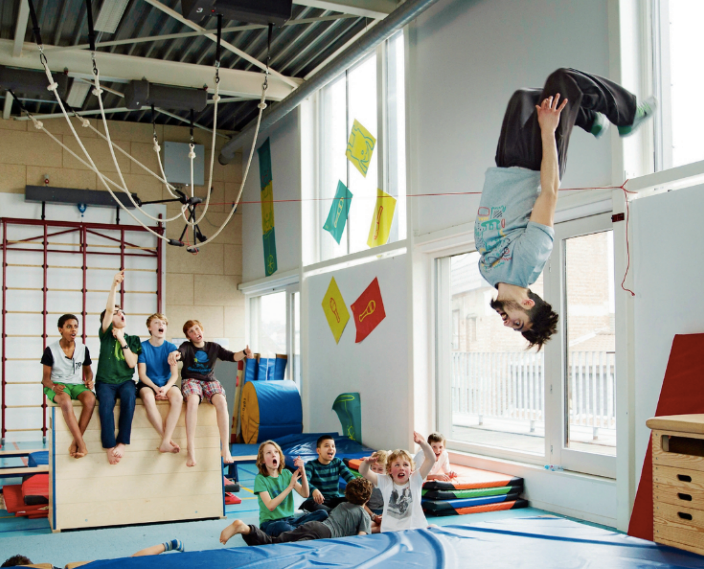 Next to the workspaces, Flanders boasts some twenty circus schools with more than 1.000 active participants. This circuit can count itself among the largest networks in Europe. Together with the smaller circus schools - primarily active on a local level - there are eight larger schools that receive structural support. They are equipped to take the lead in the further professionalisation of the sector (safety, inclusion,…). Circus Zonder Handen (Brussels), Cirkus in Beweging (Leuven), Ell Circo d’ell Fuego (Antwerp), Circusplaneet (Ghent), Circolito (Mechelen), Locorotondo (Turnhout), Salto (Tienen) and Woesh (Bruges) have hundreds of students who, in their free time, come to have fun as well as work on improving their skills in all the various circus disciplines. The circus schools provide an important layer of compost which enriches the entire circus landscape. Each year fresh talent goes on from the ateliers to pursue higher artistic education, or immediately begin with their own companies.

Thanks to its Circus Decree, Flanders is a perfect place to start up a company and create performances. With an extensive network of cultural centres and artistic venues with a fondness for circus, more and more people are getting to know the richness that circus has to offer. Circus has a regular spot in the cultural seasons-brochures. Anyone who would like to attend all the circus festivals that Flanders has to offer would be busy the whole year through. In spite of the lesser associations that the term circus may still evoke, it has in the meantime become a veritable art form which in its many manifestations continues to challenge and stimulate the collective imagination.

Contemporary circus popped up in the ’90’s in Flanders, and by the 2000’s the first steps toward a cohesive policy towards circus were taken. The political recognition of circus as an ‘art form’ (in 2002) was a big symbolic step in that process, and for the first time, with the formulation of the Circus Decree in 2008, financial support became available for the circus arts.  Looking back, this was the crucial dose of oxygen the circus sector needed. There was a policy and a vision, a modest budget foreseen and clear guidelines for Flemish support of the circus arts. Important choices which were made at that time included the creation of the Circuscentrum as an umbrella organisation, as well as the decision that all forms of circus would be treated equally: classic or contemporary, in a tent or on a stage, every circus or circus company had an equal right to funding.

In the ensuing period, the Flemish circus took a giant leap. The number of companies increased noticeably. Creations were of better and better quality, resulting in a large increase in international touring possibilities. Back at home, in 2016, circus made a definitive breakthrough in the cultural world when three different circus companies won the most important prizes to be had in renowned theatre festivals.  There was no denying that ‘circus was here to stay!’

The Flemish circus continued to grow and thrive to such a point that the Circus Decree of 2008 was soon outdated and no longer adequate for the sector it was meant to serve. By 2019, in collaboration with people from inside the sector, the Circus decree was re-evaluated and thoroughly adapted. This new decree was once again a strong impulse for the Flemish circus landscape. Also financially. A new budget, augmented from 2,7 million to 5,7 million per year, not only offered support for the creation and diffusion of individual projects, festivals, international travel costs and development, but also made structural support available to circus creation centers, circus companies and circus schools. With the new Circus Decree, the Flemish government re-affirmed its commitment to the further professionalisation of the sector. The core tasks of Circuscentrum have also been adapted to the new realities in the sector, and the focus has shifted from its initial pioneer work to consolidation, research, promotion and logistic support.

In addition to the global means foreseen in the Circus Decree for the period 2021-2025, an extra budget has been allotted to international promotion. The choice has been made to use that budget to further develop ties between Flanders and France, but it is also the intention to use the resulting instruments - like this website - for general promotion on a much broader scale.

The focus on a specific sector in a specific country which extends over a longer period of time is a new instrument in international cultural policy. In equal measure for the Department and for Circuscentrum, Focus France is a pilot project which looks to develop long-term relationships which can make a difference for the entire circus sector.

Different Flemish companies have in the past earned their place on the stages of France and in the meantime expanded those networks. There are artists who even play more in France than here at home. But at the same time other companies have found it more difficult to procure their place in the French circuit.

Since it is a neighbouring country, as well as one of the most important countries on the international cultural scene, the focus on France is a logical choice. For Flemish circus companies, France is an important market for chances to perform. And in a present-day climate where traveling has become more difficult, the proximity definitely has its advantages.

Focus France doesn’t stem from a void. It looks toward how to make even better use of the possibilities which already exist, and to further confirm and consolidate those existing networks. We are building on the expertise of those pioneers and companies who have already found their way to France. This website hopes to be a source of inspiration and information which can be used to further strengthen those bonds with France, our neighbour to the south.