Compagnie Krak was founded in 2008 by Els Degryse and Dieter Missiaen. After several creations, they began an artistic research (in the middle of the pandemic of 2020) into the bond between the performer and the audience and between the audience members themselves. Result: two new performances. 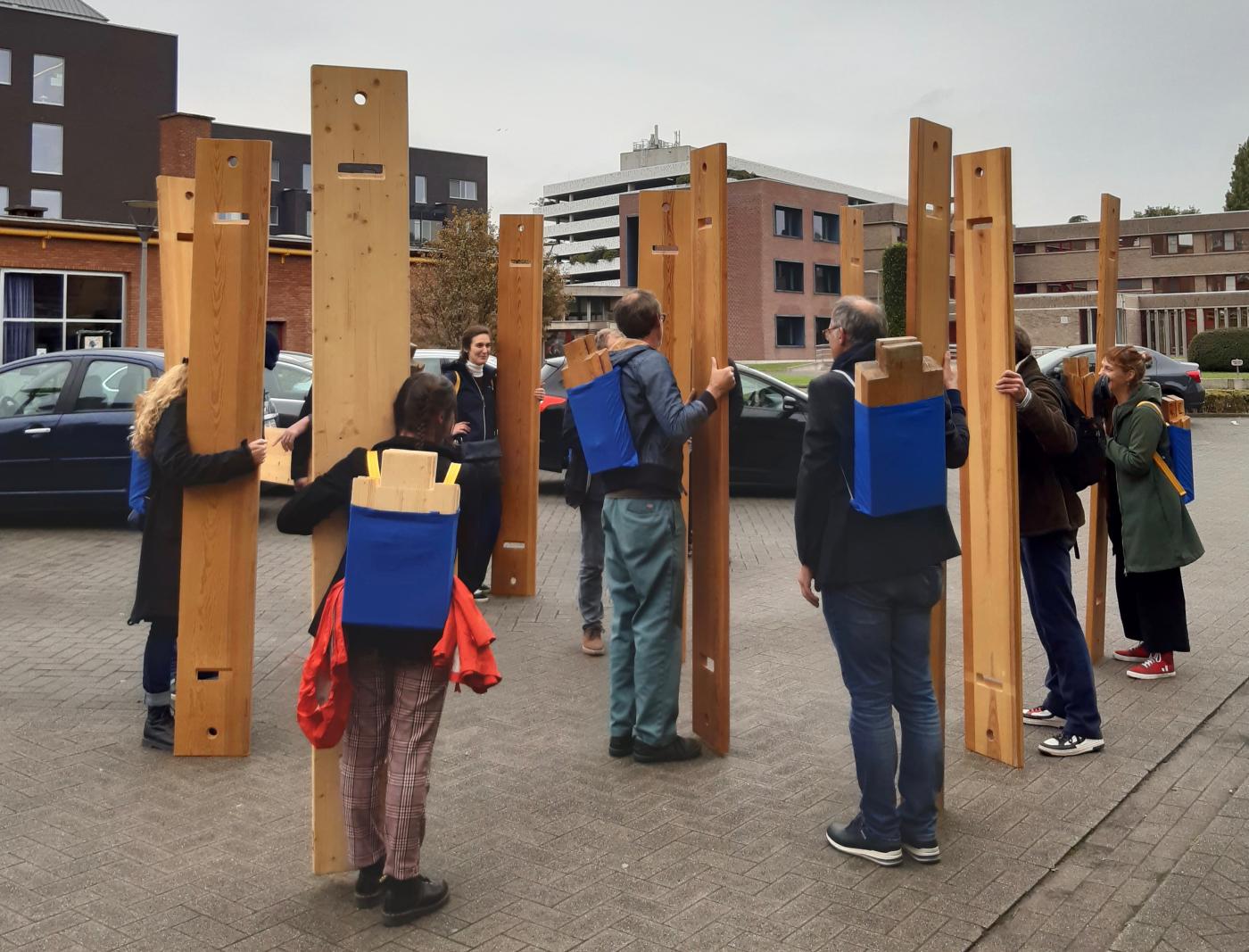 Circus Krak, (original name) came into being in 2008 to bring performances to the third world. With its first performance ‘Charlieston’ the company toured throughout Southeast Asia and South America. Having gotten the taste for performing, the company continued touring at home in festivals and cultural centers. With a big desire to make something new, the company created ‘Kus!’

The ensuing shows were solo shows by Dieter Missiaen. Els Degryse worked as dramaturge behind the scenes. With the successful and poetic clown performances ‘VIVA RAPHAEL’ and ‘KONTROL’  Dieter toured throughout Portugal, Denmark, Sweden, France, the Netherlands, Germany and Belgium.

In 2020 the company started its artistic research project into the connection between artist and audience, and the connection between spectator and spectator. This research resulted in the installation performance ‘NIETS’ and the pop-up performance ‘BANK-CONTACT’.  Bringing people together, often with a necessary pinch of humor, has always been a central element in the evolution of Compagnie Krak.