THERE THERE Company is a duo of creators. Hanna Mampuys and Toon Van Gramberen have worked together since 2010 as an acrobatic duo and circus makers. Their work is an active attempt to give meaning to the world in which they live. 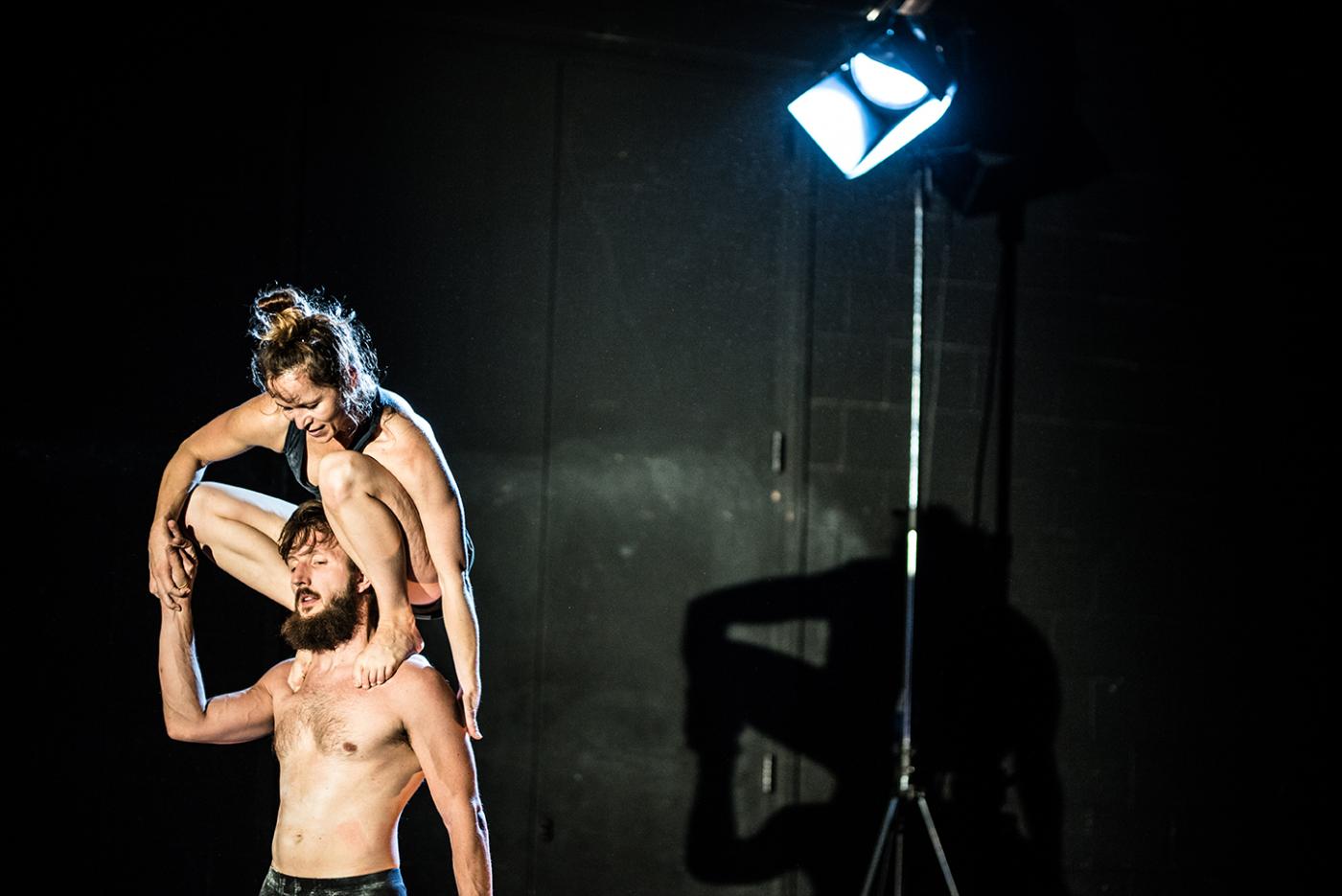 Their physical language is greatly influenced by their circus discipline, hand to hand acrobatics, which is based on bodies working together. Their creations focus on the performer in all their vulnerability and imperfection. Central to their work is the content, rather than the tricks. Subtile and down to earth. Circus stripped of all assumptions.

Toon completed his studies in social work, Hanna as master in religious studies, but after graduation they both threw themselves completely into the circus arts. After a few years of touring with the circus collective Deux Sans Trois (120 performance dates in 5 countries) Toon and Hanna started THERE THERE Company in 2016, devoting themselves to a rather abstract, dancing form of circus for an adult audience.