Who doesn’t love a stage show full of surprises?! Well, not everyone, it turns out. For some people, vivid light and sound effects, thrilling plot twists or the simple act of closing the auditorium doors are too stressful. In the wake of the UK, Flanders is slowly discovering the ‘relaxed performance’ or ‘low-stimulus’ show. The Flemish circus company Side-Show is a pioneer in this field. Out of personal necessity.

This December, you can catch a chilled performance of Othello at London’s National Theatre. The play unfolds more or less as we know it, but that evening, spectators can make noise if they want to and they can walk in and out of the auditorium if they feel the need to do so. There will be a chill-out space for visitors with anxiety or autism spectrum disorders, Tourette’s or other neurodiverse conditions. That same month, Hex (an adaptation of Sleeping Beauty) will be performed as a sensory adapted performance: adjustments will be made to the show itself to take into account a highly sensitive audience. Excessive light and sound effects will be excluded from the performance.

In a sense, Aline Breucker and Quintijn Ketels of the Flemish circus company Side-Show are going one step further: they are not adapting their new show, Permit, Oh Permit My Soul to Rebel, retroactively, but have created it from the start as an inclusive performance. Accessible to all audiences, but with Breucker and Ketels paying special attention to spectators with stimulation disorders. 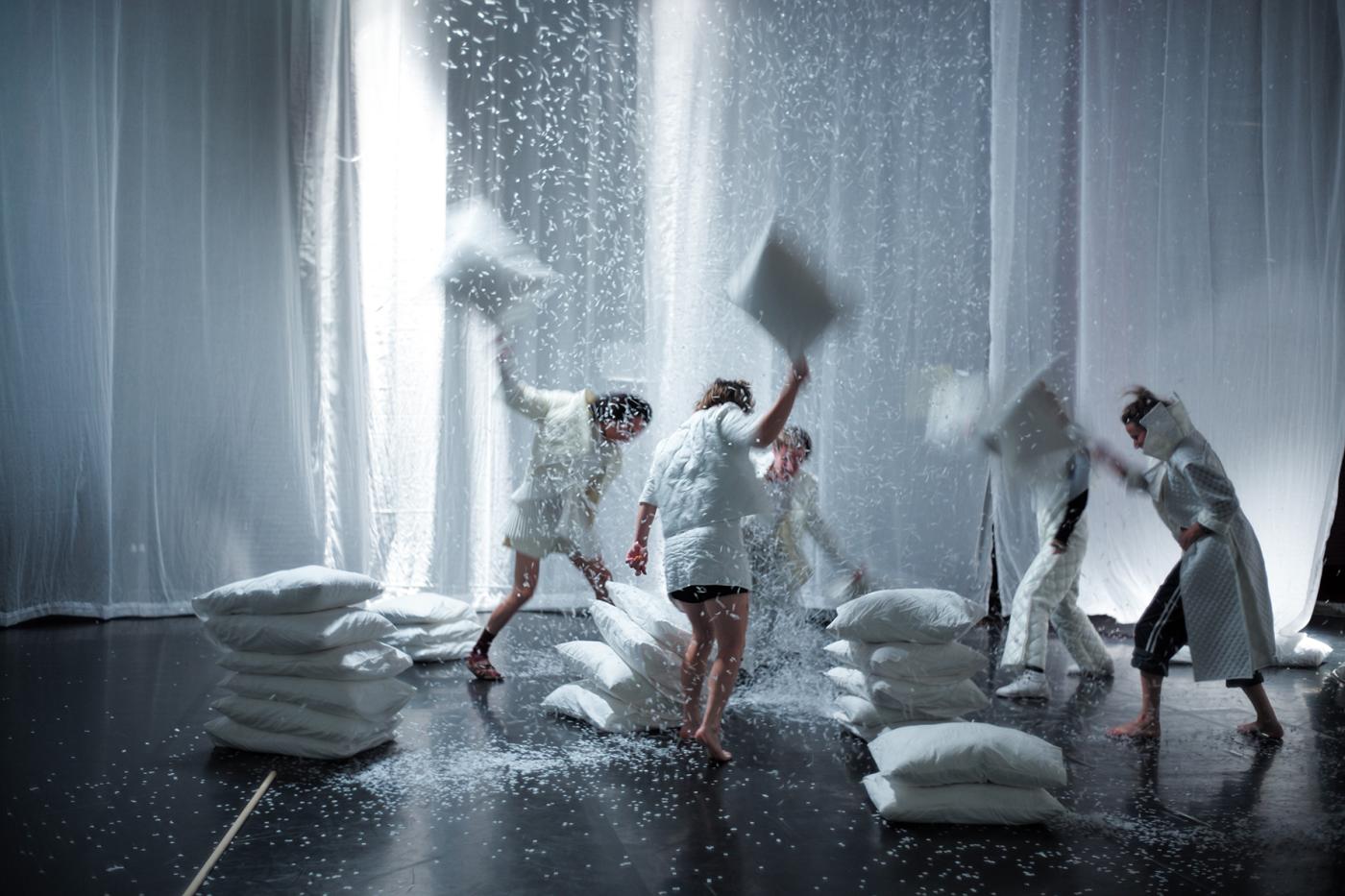 Their motivation is rooted in their personal background. Ketels: "Our son Antoine, who is now 10, has a complex form of Tourette’s disease. So far, it hasn’t been possible for him to watch our performances. Here in Flanders, there is still an incredible amount of work to be done on inclusion. But it’s 2022, and I want our son to be able to be part of an audience like everyone else. So we decided to take things in hand."

For the presentation of Permit, Oh Permit My Soul to Rebel, we are met and welcomed by the performers, who escort us individually to a seat with soft cushions. Looking around, I see a group of hearing-impaired people accompanied by an interpreter and a young child with mental and physical disabilities. There are also a number of spectators with no visible disability.

There is no official ‘beginning’ to the performance, no dimming of the lights. Almost imperceptibly, the
seven dancers and circus performers embark on their successive acts. We know exactly what will happen: a storyboard handed out in advance details the course of the performance. The performers also announce live what they are going to do before they perform their act. The use of the confetti cannon in particular is announced loud and clear.

The result is an aesthetically refined and very tender performance, without the slightest tension or surprise. But is this still circus? Or is this still art? These questions reflect a rather narrow view of what art is or should be. 'Artistic excellence' today need not be limited to a set of aesthetic standards; the concept can easily be expanded or perhaps enriched with a social dimension.

Breucker: "Of course, as artists, we want to make something meaningful, but we also want to mean something to society. Those two desires do not contradict each other. Permit, Oh Permit My Soul to Rebel is an artistic creation that takes its audience into account more than other creations. That 'taking into account' is not an add-on, it’s the core of our artistic language." Ketels: "Art also has a political dimension anyway. Who do we make performances for? If we, as abled artists, only make work for abled people, then we’ll soon be done."

Tine Theunissen agrees that we are only at the beginning of this artistic activism in Flanders. Theunissen is in charge of relaxed performances at the Ghent arts centre VIERNULVIER. Theunissen: "In the UK, the disability movement was very influential in the 1970s and 1980s. A strong group of activists succeeded in changing a lot of legislation at the time. Unfortunately, that emancipatory movement passed us by."

Permit, Oh Permit My Soul… is an artistic creation that takes its audience into account more than other creations.

Three years ago, Theunissen brought Jess Thom, the spearhead of the disability movement, to Vooruit. When Thom was once kindly asked as a spectator to sit in the technicians’ soundproof box because her tics, the theatre believed, were going to disturb the audience, she’d had enough. From now on, she would lay claim not only to the auditorium, but also to the entire stage. Today she tours as a writer, performer and theatre-maker with her alter ego, Touretteshero, to raise awareness about Tourette’s.

When Thom visited in late 2019, Vooruit hosted a number of relaxed performances, presenting existing shows in a relaxed setting. The first steps, nods Theunissen, because the threshold is sometimes high. Theunissen: "Many artists are afraid that walking in and out will disrupt attention. This fear is rooted in ignorance; there are elegant ways of organizing something like this discreetly. Abled audiences sometimes also make comments about the glare from tablets, even though they’re mostly used to interpret. The lack of knowledge about accessibility is the biggest obstacle."

The festival in 2020 revealed that demand for inclusive performances is also high in Flanders. Theunissen: "Especially people with an 'invisible disability' - a stimulation disorder, for example - seem to have resigned themselves to the idea that theatre is not for them, that they don’t fit in. Only when you invite them explicitly do you see how great the need is." The Covid pandemic put things on pause, but this year Theunissen is forging ahead with relaxed performances. For instance, the next editions of the popular book programme Uitgelezen will be 'relaxed'.

It should go without saying that a typical night at the KVS includes twenty people with disabilities.

Now that the presentation of Permit, Oh Permit My Soul to Rebel has ended, Aline Breucker leads the aftershow discussion with the performers and the audience. The response is generally positive, grateful too: several audience members express how special it is for them to be approached in this way.

But the conversation also shows that ‘inclusion’ is a broad concept: there is no ‘one size fits all’. For some audience members, keeping the house lights on felt safe, but one lady, wearing dark sunglasses, found the bright light unbearable. The soft, soothing piano music at the beginning was felt by some audience members to be distracting. It is an ongoing search, Ketels nods: "Not everyone can be in the same room together probably. But at least we can try something. The worst thing that could happen is that the people we so badly want to reach are not in the room."

The frustrating thing is also that this challenge is not solely in the hands of the creators. In a relaxed performance, every step matters: the communication beforehand, the welcome on site, the infrastructure of the venue … Things that Breucker and Ketels have to watch over as strictly as the creation process itself. For instance, the invitation to the presentation included photos showing access to the venue and to the auditorium. Someone in the aftershow discussion suggests adding an image of the toilets, important for people with anxiety disorders. Breucker nods and takes a note. Breucker: "It is an extremely delicate process that is made up of all equally important links. If a single link is not in the right place, the whole chain will break." 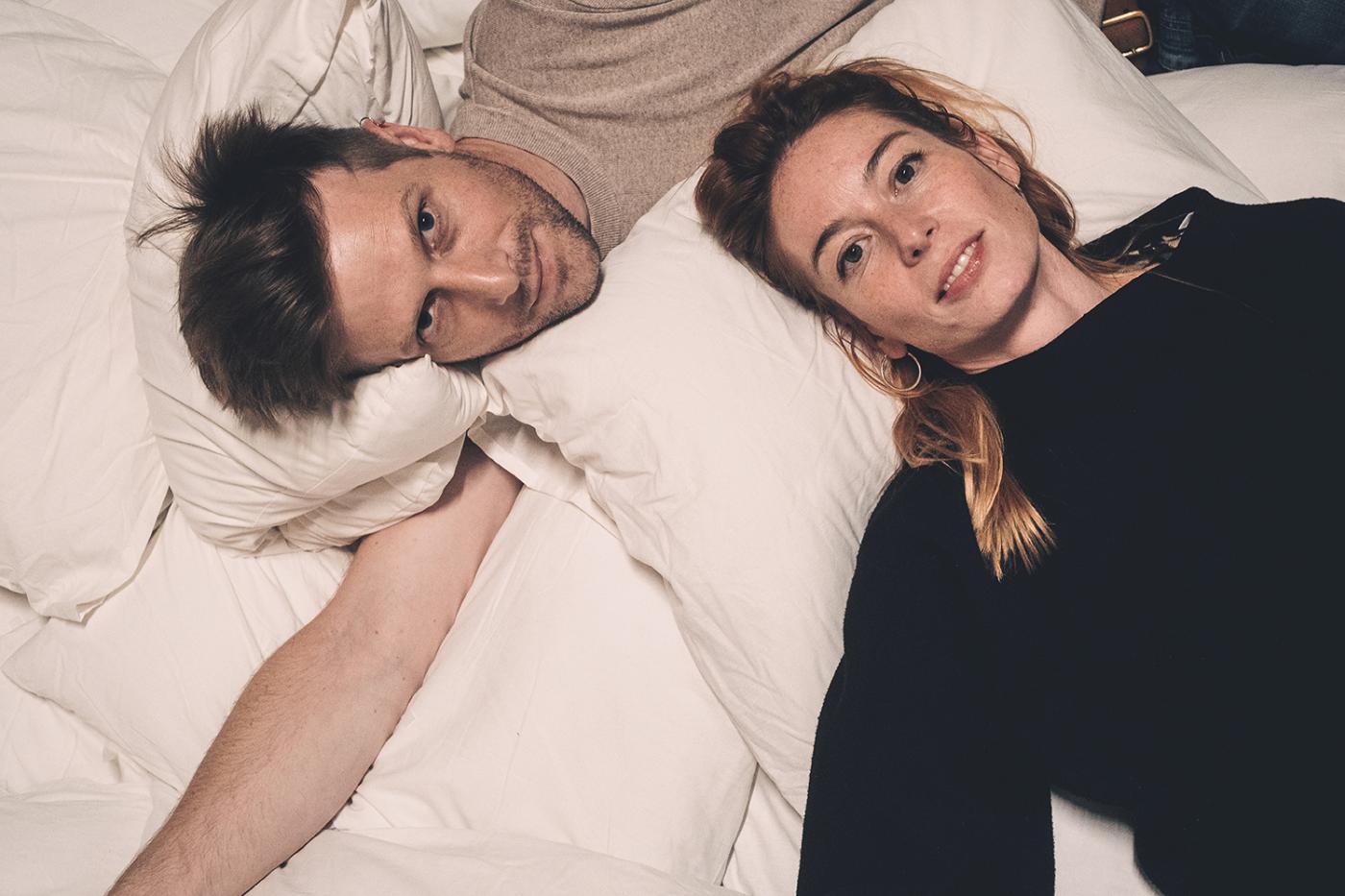 But isn’t a new form of segregation lurking in these totally relaxed or chilled evenings? Like in London’s National Theatre, will there be evenings for people with disabilities and evenings for those without? Ketels is aware of that risk: "In France, there are cinemas that are relaxed on Thursdays, but Thursdays soon became 'the nights for people who make noise'. Regular cinemagoers then steer clear. Communication is crucial in this respect: informing and sensitizing the abled public. In fact, it should go without saying that a typical night at the KVS (Royal Flemish Theatre in Brusssels) includes twenty people with disabilities." Theunissen agrees: "Actually, what you want to reach is a mixed audience, where a form of relaxed performance is simply the norm, with no further questions. In London, there is also the Battersea Arts Centre, a pioneer of relaxed performances. They once started with adapted evenings, but now it’s the norm with them."

I haven’t even formulated my last question but Ketels is already smiling because he knows what’s on my mind. Ketels: "Is it 'worth it', this long journey, this whole labour-intensive process? For those 'few persons there' with disabilities? Yes, it is. Because those few persons there today are the brave people who dared, who overcame their fears and went to the theatre. Behind them are countless people for whom the task is just too tough. That’s why I hope that our performance will especially become a tool for theatres to ask themselves questions. Our ambition isn’t to perform as much as possible. Rather, we want to start a conversation, build up a momentum." He pauses for a moment. "But I admit, we’ve embarked on quite a journey."

More information about Permit, of permit my soul.