In Permit, oh permit my soul to rebel the company deploys circus as a collective dream machine. On stage, hundreds of cushions are used to create a circle in which the audience can take a seat. On, beneath, or in the cushions, we dream about the (im)possibility of things in a variety of acts. Thus the performance becomes a temporary hideout for relaxed rebellion. 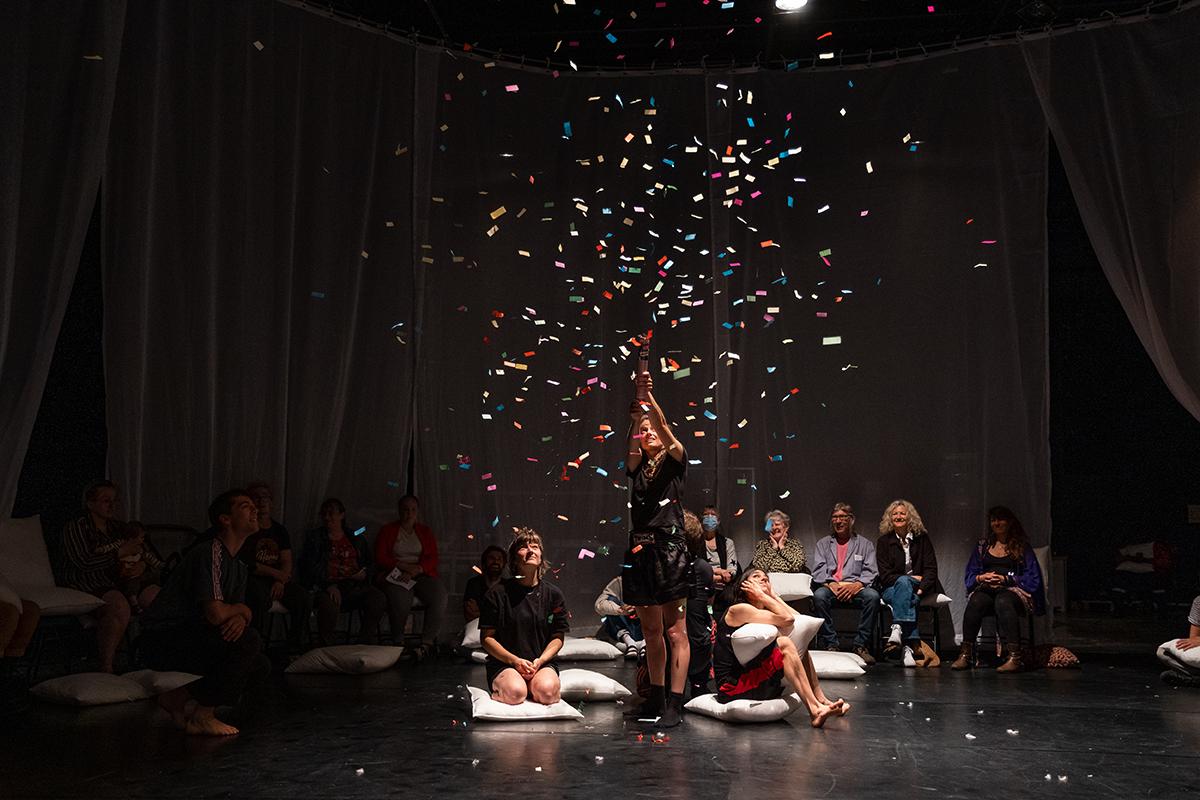 Permit, oh permit my soul to rebel is a relaxed performance. This means that right from the start, the show was created with the aim of being accessible to audiences who need a more relaxed environment in which to go to the theatre or the circus. The codes of the theatre, such as the norm of sitting still and not reacting verbally or physically to what is taking place are adjusted in a relaxed performance. The show also avoids strong and sudden stimuli such as strobes and loud noises. Permit, oh permit my soul to rebel can be watched from close up or from further away, and the doors of the auditorium always remain open. It is both possible and permitted for the audience to move freely.

Permit, oh permit my soul to rebel is the third part of Side-Show’s Trilogy of the imagination. The first and second part were Wonders (2013) and Spiegel im Spiegel (2017).