In VanThorhout, Alexander comes on stage as Thor, with his own Mjölnir. As always in Alexander’s oeuvre, the relationship between object and performer quickly becomes ambiguous. When does one lose the strength to manipulate this heavy hammer, and when does the hammer take over and become uncontrollable? What if all these images of power disintegrate? After a series of group choreographies, Alexander Vantournhout now returns to the stage alone. 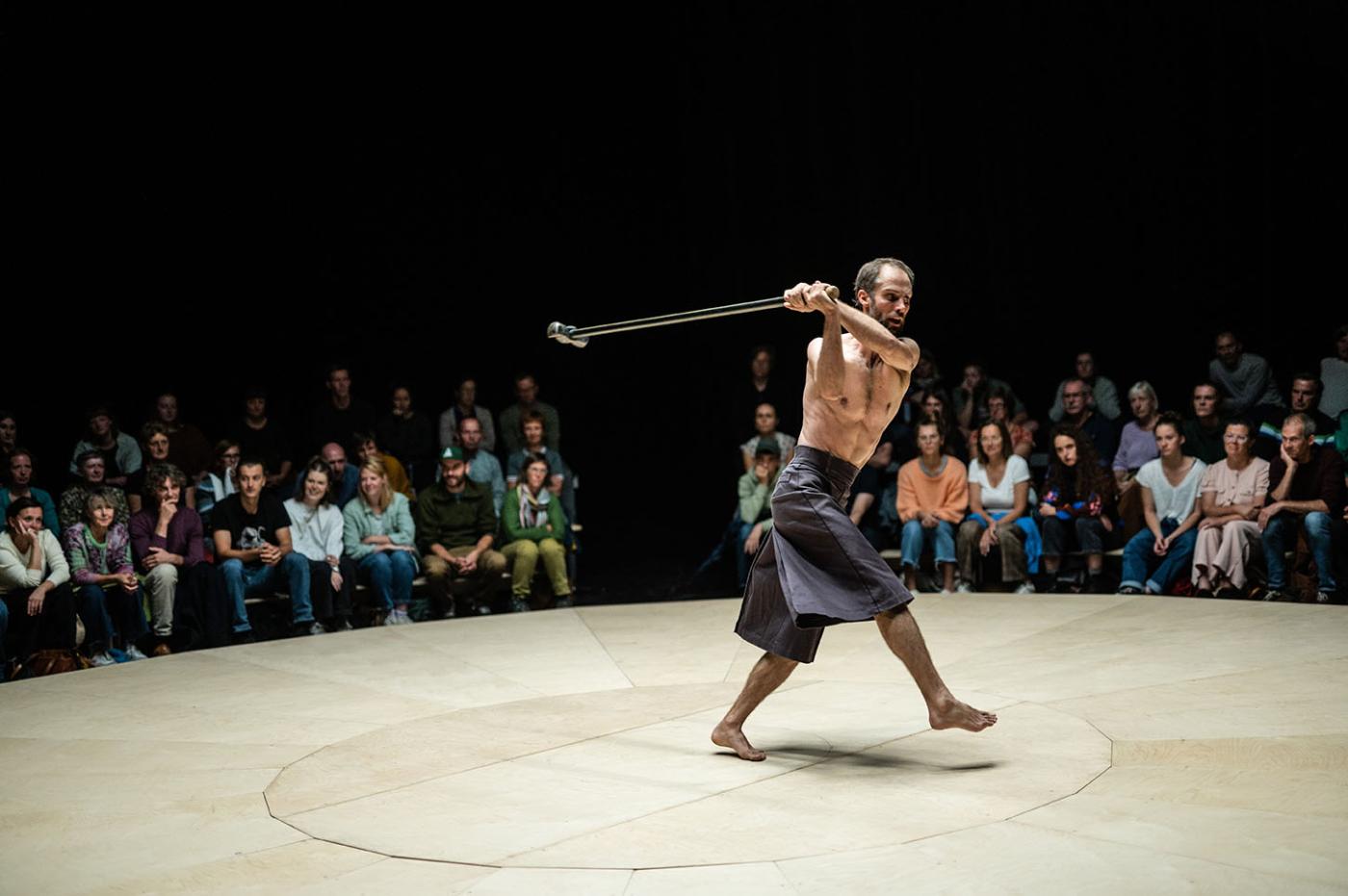 Whether it be ancient gods, classical heroes, soldiers or athletes, the glorification of male power throughout history has often tended towards a celebration of war, aggression, and violence. Thor, to whom the title refers, is one of its most famous personifications of this. He can unleash a thunderstorm and lives on, to this day, as a superhero in Marvel comics and films, invariably depicted with his Mjölnir, a hammer with an incredibly short handle.

In the first international edition of Circusmagazine, we interviewed Alexander about the performance VanThorhout.