BITBYBIT combines a classic circus technique (the Iron Jaw) with an evocative tale about two inseparable brothers. Simon and Vincent Bruyninckx of Collectif Malunés collaborated with MOVEDBYMATTER for this show. 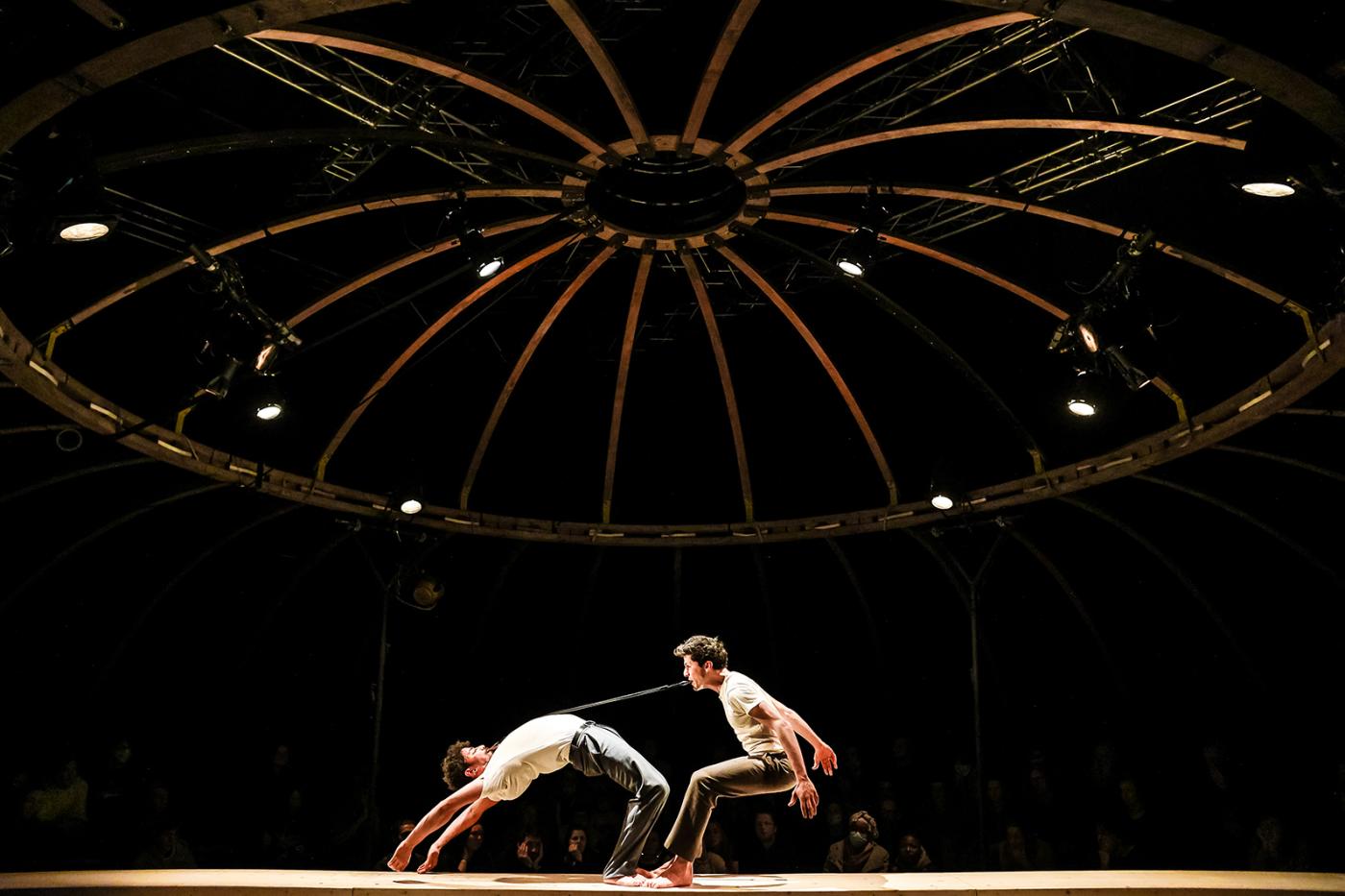 The brothers Simon en Vincent engage in a dangerous game of attraction and repulsion at the limit of their physical ability and only centimetres away from the audience. Their duel, as sensitive as it is spectacular, resonates with a captivating soundtrack by Dijf Sanders.

With devilish pleasure, the acclaimed circus ensemble Collectif Malunés knocks down the walls between various disciplines. This is something the collective has in common with performance artist Kasper Vandenberghe’s MOVEDBYMATTER. For BITBYBIT, their first joint production, Kasper and the Bruyninckx brothers find themselves moreover in the balancing act between connection and resilience on the one hand and the inevitable fall on the other, the loss experience that lurks around every corner.

You can take that quite literally: under Kasper’s richly imaginative direction, the brothers experiment with a particular circus technique where they are completely dependent on each other for their own safety. It is the culmination of a year of artistic research and physical training, but for the brothers it is also the culmination of a lifetime of sharing love and suffering. They grew up together and later became circus artists together. They have spent more time together than many couples of the same age. They then let go of each other little by little, which led them to experience a great loss. BITBYBIT is the ultimate attempt to get closer. This is the first time the duo of brothers is performing together in the ring.